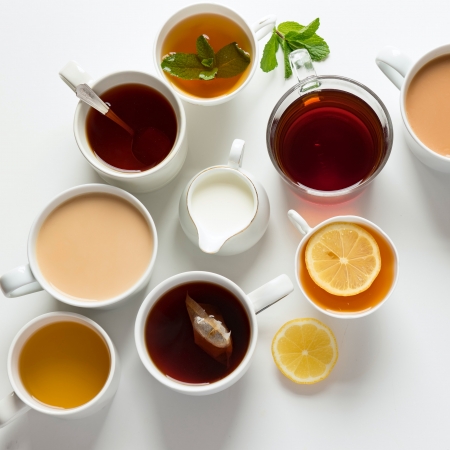 When Penn Libraries’ Stacks staff put together a Featured Books Display last May in celebration of food and cooking, they encountered an abundance of books dedicated exclusively to beverages — far too many to fold into the food exhibit. Consider this month’s salute to potations a long-awaited sequel.

“The Gastronomica Reader nicely ties together the two displays,” says Eileen Kelly, Head of Collection Management. “It’s a lovely, wonderfully illustrated collection of essays and meditations on food and drink.” (For non-gourmands: Gastronomica: The Journal for Food Studies is a food scholarship quarterly published by the University of California, and the Reader constitutes a “a sumptuous sampling from the journal’s pages.”)

Featured (e)Books: Libations is the second digital display that Kelly and her two co-curators— Music Library Administrative Assistant Florrie Marks and Library Assistant Megan Brown Olsen— have put together since the University transitioned to an online environment in mid-March. The new virtual conditions have pushed the boundaries of the “Featured” series well beyond books.

“Our guiding principle for these online exhibits is variety in both medium and content,” explains Kelly. The potpourri of textual, audio, and visual works in this month’s installation called for creative categorization: the collaborators formatted the 40 featured titles as a menu divided into Standard Sips, Fine Wine, Mixed Drinks, Apertifs, Food for Thought, Coffee/Tea, Digestives, and Last Call.

Quakers, take note that the lone entry for Last Call is a YouTube rendition of Drink a Highball performed by Penn’s Glee Club. For the uninitiated, the song — which dates to the turn of the twentieth century — has a nearly fifty-year tradition among fans at Franklin Field.

All three collaborators have been surprised by the plethora of digital resources available through the Libraries’ Franklin Catalog. “It was impressive to see the variety of holdings that the Penn community has access to,” says Olsen. “The music resources were especially fun to explore.”

One of Olsen’s musical selections was the soundtrack to Who’s Afraid of Virginia Woolf?, performed by Jimmy Smith. “It was a cheeky choice,” Olsen laughs: she recently re-watched the film and, in attempting to tally the number of drinks the characters imbibed, lost track before the halfway mark.

Marks included a personal favorite, L'Elisir d'Amore (The Elixir of Love). “It’s an opera about a young man who buys what he thinks is a love potion, but which is really just cheap wine,” she explains. A video of a 2010 performance produced by Opus Arte in London is available to stream.

Among the literal featured e-books is Émile Zola’s harrowing Drink (L’Assommoir), which Kelly recently reread. “I thought it would be perfect for the sobering Food for Thought portion of the menu,” she says, “along with Whitman’s temperance fiction, Franklin Evans, or The Inebriate.”

The team included newly discovered favorites as well. “In researching our digital resources, I came across the film A Coffee in Berlin,” says Kelly. “It was thoroughly charming — and especially poignant to see Berlin again, to wander its streets and duck into its haunts in this era of stay-at-home mandates.

Digital holdings aside, what are the Featured Book crew’s personal favorite libations?

“Plain, unsweetened black tea or yerba mate, with tons of ice” for Olsen.

“Water or milkshakes” for Kelly — as well as this verse, from the title poem in Gillian Clarke’s A Recipe for Water:

Sip this, the poetry of stone, / a mineral Latin in our blood, our bone.

A Menu of Library Libations