Featured (e)Books: Cities of the World 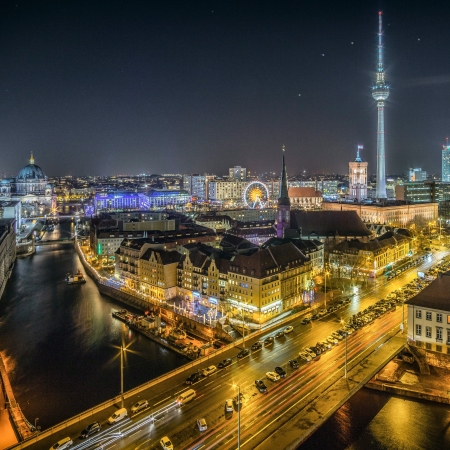 With restrictions and travel bans in place across many states and countries, long-distance trips are an impossibility for most travellers this summer. To satisfy patrons’ wanderlust, Eileen Kelly (Head of Collection Management) and Megan Brown Olsen (Library Assistant) have created a virtual exhibit that grants perusers the opportunity to “visit” cities around the globe.

Featured (e)Books: Cities of the World “explores the myriad experiences one might associate with a city, as a visitor or a local,” explains Kelly. “It offers the sights, sounds and expectations, as well as the emotional and spatial realities, of the urban experience.”

The exhibit is divided into five themes: Faces, Spaces, Struggles, Dreams, and Sounds. “It’s a challenge with these multimedia displays to present them in a cohesive way,” says Olsen. “Grouping resources by broad categories allows us to include an incredible variety of resources — there’s something for everyone.”

Faces examines the people and architectural facades of featured cities — as well as less-tangible “faces” a city reveals “in the complexities that abound as people compete for space and resources,” says Kelly. Entries include the ebook Enter In Peace: The Doorways of Cairo Homes (2007), the award-winning short film The Red Balloon (1956), and the documentary Squatterpunk (2007), which explores the daily lives of young punks living in the slums of Manila.

Selections for Spaces include the ebook Fada: Boredom and Belonging in Niger (2019) and an episode of the BBC Series Secret Cities (2018) dedicated to Lisbon — where Olsen traveled in pre-COVID times. “I can’t rave enough about the cuisine in Lisbon,” she says. “Best meals I’ve ever had. And the architecture, especially the castles of Portugal, was unforgettable.”

One of Kelly’s top picks from Struggles is the documentary Tomorrow We Disappear (2014). “This film documents a community of artists in a New Delhi neighborhood that was eviscerated in the course of gentrification,” Kelly explains, “and you get a sense of the importance of being seen.” Early in the documentary, one of the residents muses,

I want to have a video made of my house. That way, after they have torn all this down, I’ll still have a memory of it. I want you to shoot in every room where we sleep, eat, drink, and enjoy life together so in the future we can watch it and say this is how we used to live.

Struggles also includes entries for Philadelphia and Beijing and for the imagined cities of Brigadoon and Metropolis.

Dreams features aesthetically-inclined offerings — Liverpool: City of Poets (2004) and Art for People's Sake: Artists and Community in Black Chicago (2019) — as well as the infamously madcap French comedy, That Man from Rio (1964) and Olsen’s all-time favorite film, In the Mood for Love (2000). And Sounds includes audio offerings — from the pipes and flutes of Dar Es Salaam to New Orleans jazz — as well as films and books about music.

“One of the cool things about the selections that we made is that patrons get to play the role of the virtual flaneur or flaneuse,” says Kelly — so stroll/scroll at your leisure through the full list of Featured (e)Books: Cities of the World below.