Q&A with Patricia Flatley Brennan, Director of the National Library of Medicine 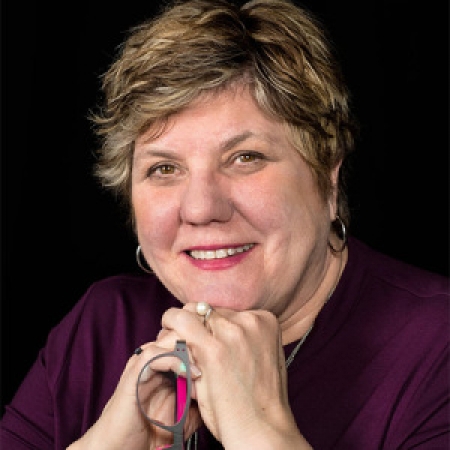 Penn alum Patricia Flatley Brennan became the Director of the National Library of Medicine in August 2016 — the first woman and first nurse to serve in that role. She will give a public talk at Penn’s Van Pelt-Dietrich Library Center this Monday, October 28, at 10:30AM. The presentation, titled “Making Artificial Intelligence Trustable, Transparent & Useful: The Role of the National Library of Medicine,” draws on Brennan’s  expertise in data-driven healthcare and her experience as head of the largest biomedical library in the world.

Brennan recently spoke with us about her past research, her present work, and her philosophy of librarianship. Read more below, check out Brennan’s blog, and register for the talk here (free and open to the public; RSVP required).

How did your clinical experience as a critical care and psychiatric nurse inform your approach to library directorship?

My work throughout my entire career has focused on helping patients take better care of themselves by providing them with the right information. My current position is just a natural, logical extension of my work in critical care and psychiatric nursing.

However, because of my experiences in those two areas, I’ve learned a couple of things. One of them is that, in the midst of clinical care — whether it’s in the home or in the hospital — people are busy, and they’re not going to stop to read. So part of our strategic plan for the National Library of Medicine is to devise new ways to reach people with new information.

We’ve created research agendas to address this. We’re also making better use of our human network, the National Network of Libraries of Medicine, which has 7,000 libraries around the country. These are our points of presence out in the community.

Information by itself is potentially useful; the library’s job is to transform that information into action by delivering it in ways that are more actionable and consumable.

Visualize a rich, three-dimensional environment, such as a living room. It’s useful to go beyond a static, two-dimensional picture and singular perspective of the room and be able to move behind objects, to see what it would look like if you were in a wheelchair or if you were standing up.

The first thing our lab did was to use a relatively well-known technique called Lidar, which is laser-enhanced data capture, to create full 3D models of people’s homes that we could then walk through and move around in. This, in turn, helped us to better understand how space affected people’s ability to manage information. It helped us to understand whether clutter was interfering with people’s ability to understand what to do for themselves. And, most importantly, it provided a much more realistic stimulus — so as we’re trying to bring more information into people’s lives, the representation of their lives is visible and realistic. The idea of understanding the individual’s physical orientation in space is what we were after.

That’s using high dimensional data to visualize physically real objects. We also did the same thing with molecules. But sometimes we used our visualization technique to visualize color and space where there was no physical reality present. We wanted to recreate activities that would require the suspension of realistic physics.

For example, you can’t fly in the world. But in our virtual environments, where we created a large “playroom” — it was really a “play cave” — you could actually fly through the space using a series of hand controls. The high dimensional data expression in this project was not the creation of a physical reality, but the creation of a space where the user can experiment with other kinds of physical behaviors.

Can you speak to the connection between artificial intelligence and the library profession?

Every year, the National Library of Medicine brings 1 million new citations into PubMed. In order to display those citations to our users in a way that is relevant and useful, we have to go beyond plain free text word matching.

We use artificial intelligence techniques to create what we call ‘relevance-based ranking.’ When you put in a request for information about influenza, your search string is “exploded” — it’s made more enriched — and then a series of articles is gathered. Those articles are re-sorted based on certain factors that make them more relevant to users: which articles appear together, which articles are more recent, whether the users who’ve used the same search string have been looking for articles about an intervention or for articles about basic biology.

We thus have an informed presentation of our PubMed citations. This is important because almost all the people who launch a PubMed search receive many, many, many citations in return, but most people don’t read beyond the first page of citations. We want users to get the best citations on the first page. One way that AI helps libraries, then, is it provides them a much more sophisticated way of getting search results to patrons.

Another manner in which we at the libraries use artificial intelligence is to help us understand the content of research projects. Researchers are often creative when they title a project, so it’s often very difficult to know what, exactly, they’re doing in that project. If we wanted to find out, for example, how many studies have been done on artificial intelligence, we could simply look for how many times the term ‘artificial intelligence’ shows up — but the actual term used by researchers might be ‘machine learning’ or ‘data-driven discovery’ or ‘deep learning.’

We also use special sorting methods using natural language processing techniques that are powered by AI strategies to search through our grant portfolio. The National Institutes of Health [the parent institution of the National Library of Medicine] receives about 80,000 proposals a year and funds about 20,000. The use of artificial intelligence to identify the subject matter of each proposal has helped us not only in creating reports about how many projects of a certain type we receive, but has also helped us assign research reviews to reviewers based on the individual reviewer’s area of expertise. This saves hundreds of person hours, because now we don’t have to have every proposal read by a staff member before it’s assigned.

You recently published an article in Medical Care, “The Role of the National Library of Medicine in Advancing the Science of Health Disparities.” How might libraries help to advance the science of health disparities?

The second thing that’s particularly important is to understand that disparities may be a function of access to care or may be a function of environmentally- or behaviorally-induced physiological states. Health disparities in and of itself is not a singular term referring to a singular set of problems. It’s important for the librarian, especially in an assisted search process, to make sure that they understand what the patron is really after. Is the patron interested in ways to prevent the occurrence of disparities? Are they interested in ways of explaining disparities? Or are they interested in mitigating complex responses from the healthcare system to people who are different?

Is there anything you’d like to communicate in advance of your presentation to the Penn community?

While the number of opportunities for traditional library positions — particularly in the health sciences — is shrinking, the need for library science knowledge in accelerating biomedical discovery has never been greater. And, although we’re embracing data science with great enthusiasm, the humanities and social science background which undergirds much of library science training is absolutely essential to making sure that we can continue to support people as they search for new discoveries.

My message is this: first, create career pathways that will allow you to have impact in accelerating discovery or improving health through information and data. Secondly, don’t worry about the lack of traditional positions, and start thinking about careers that apply the professional skills that  librarians bring to the table.