The theme for the third week of Research Data and Digital Scholarship Data Jam 2021 was “Visualizing Text and Networks”.

The “Network Visualization with R” workshop was a live-coding session which detailed the following:

The R and RStudio demonstration included:

Here is the link to the Video Recording of the Workshop.

Here is the link to the workshop materials including the R exercise code, completed exercise PDF, and Philadelphia Historical Streets Dataset used in the exercise.

Other relevant R Packages include:

The Python library alternatives are:

Software alternatives for network visualization are:

For the RStudio demonstration, after installing and running igraph package, a variety of graphs were displayed.

These included graphs with different number of nodes and edges, directed and undirected graphs, and graphs of different shapes. For example: 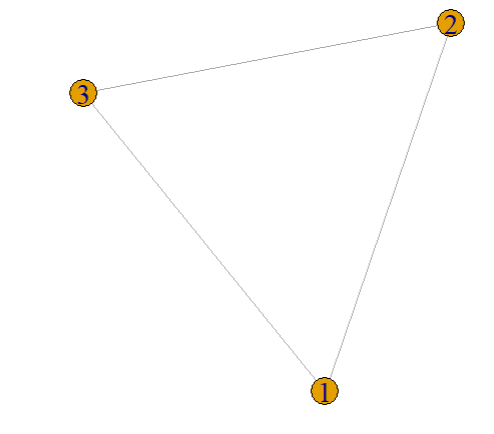 A simple graph was developed in the form of visualizing a network of historical roads in Philadelphia where the starting point of a street and the ending point of the street are the source and destination, respectively. 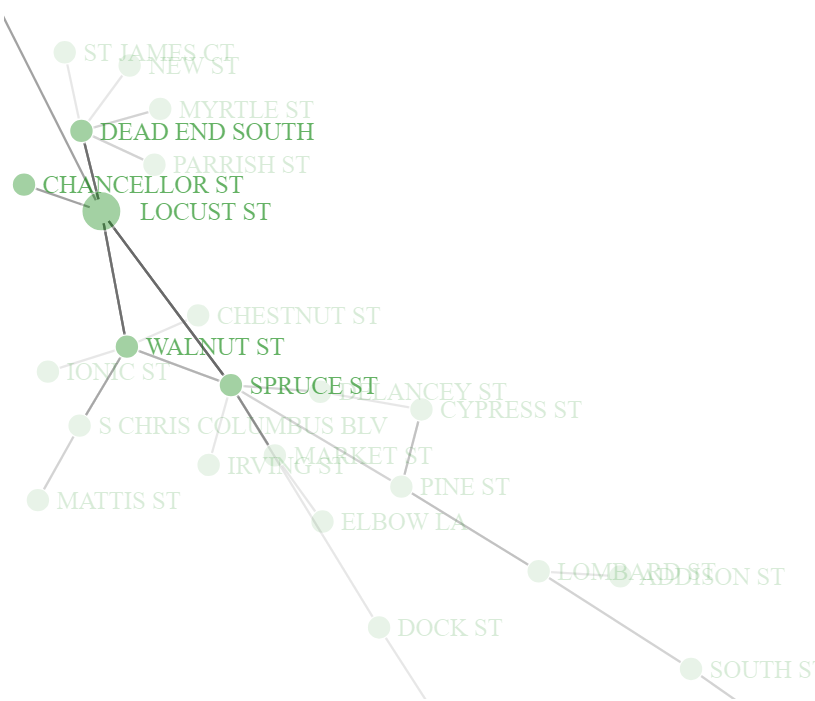 The network of interactions in the book Les Misérables by Victor Hugo was also mapped as a force-directed network graph. 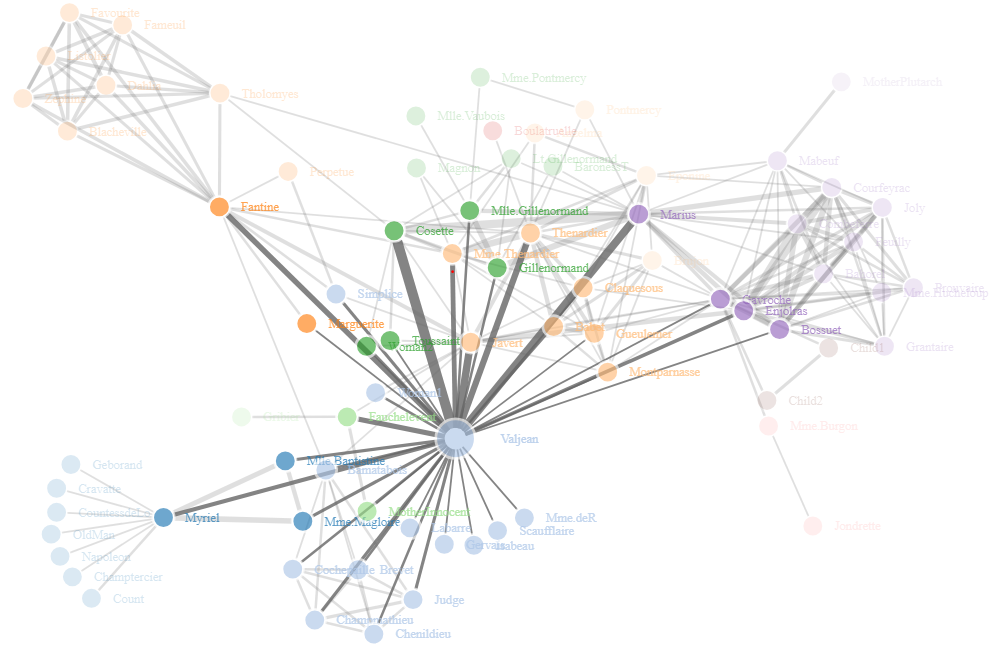 This graph shows the network of character interactions occurring across the novel at a glance. 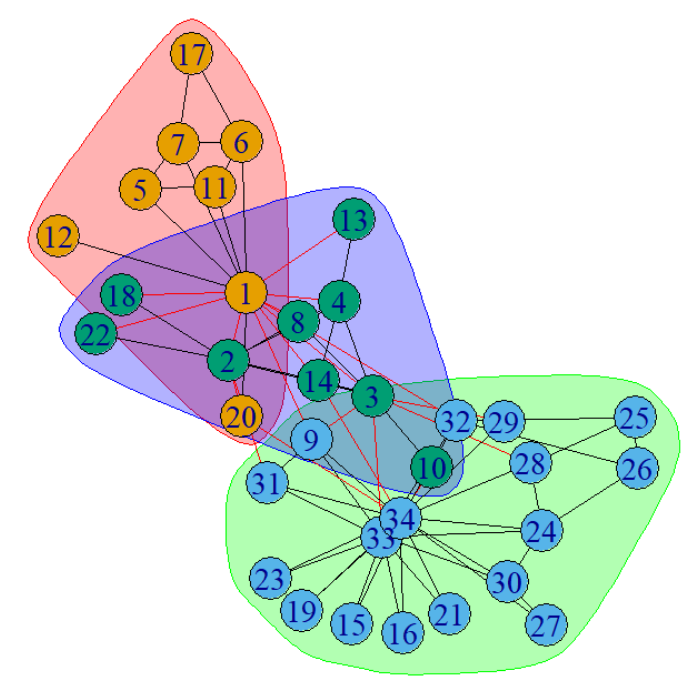 This graph represents the three major communities and sub-communities within in the network.

It is important to keep in mind the accessibility concerns of network visualizations. For example, overlapping nodes might make the graph seem populated with lower number of nodes. While changing the size and color of nodes might be helpful to discern or distinguish the types of nodes, it might lead to confusion. The 2D graph might be mistaken for occupying 3D space. It is also helpful to use the ColorBrewer2 app to confirm the accessibility features of the colors used in the graph.

Other ways to distinguish nodes, edges, clusters, and networks are as following: 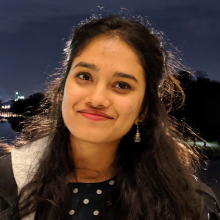 Jaj has a  Masters Degree in Computational Sciences from George Mason University. She has completed internships in digital humanities at the National Park Services’ American Battlefield Protection Program and museum data science at the National Gallery of Art’s Department of Analytics and Enterprise Architecture. She is a researcher with the PrincetonDH New Languages for NLP Institute and has worked as a Graduate Research Assistant at the Digital Scholarship Center Lab of George Mason University.